Generating power at night, the flip side to solar

Nuclear energy has been in the news lately, and its proponents have once again cited the intermittent nature of renewables as a compelling reason to embrace nuclear. They say that only nuclear can wean us off fossil fuels fast enough given the imminent climate crisis.

My argument has always been that renewable technology is still in its infancy and that the sector will explode with new tech in the near future. This post is about one such possible ‘new tech’ – thermoelectric generation.

I can’t explain the science, but I can say that this new direction in power generation would work at night, while solar is unavailable. You can read the complete article here:

The amount of power generated was miniscule, but this experiment sought only to prove that the principle was sound. Scaling up the process and making it robust enough for commercial applications will take a while, but then so does setting up a nuclear power plant.

My money’s on the new tech rather than the old. 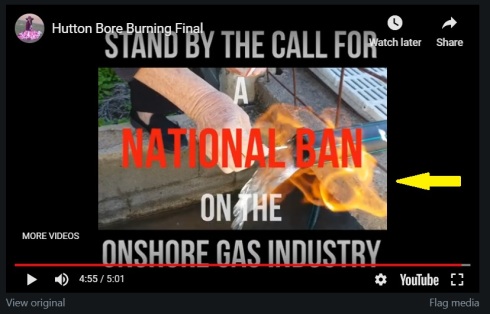 It included this video.

Curious, I watched the video.

Shocked, I took a screenshot and added a bright yellow arrow to highlight the bubble of gas that has just been set alight. What you see under the flames is the water flowing from a bore drilled into the Great Artesian Basin [GAB for short].

This is the complete video:

Why is this so shocking? Because without that bore water, much of the food production in the arid parts of Australia simply would not be possible:

Prior to European occupation, waters of the GAB discharged through mound springs, many in arid South Australia. These springs supported a variety of endemic invertebrates (molluscs, for example), and supported extensive Aboriginal communities and trade routes.[8] After the arrival of Europeans, they enabled early exploration and faster communications between southeastern Australia and Europe via the Australian Overland Telegraph Line.[8] The Great Artesian Basin became an important water supply for cattle stations, irrigation, and livestock and domestic usage, and is a vital life line for rural Australia.[9] To tap it, water wellsare drilled down to a suitable rock layer, where the pressure of the water forces it up, mostly without pumping. 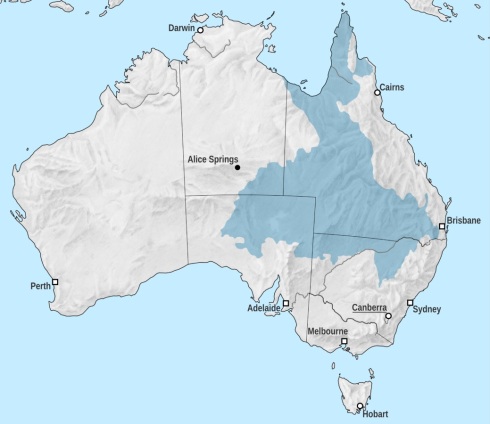 I know that everything in life is a balancing act between opposite and competing priorities, but destroying Peter to pay Paul is simply insane.

Yes, we do need gas to generate instant electricity until our power generation switches fully to renewables and storage [wind, solar, batteries]. But we also need to eat. If the water goes, so will much of inland Australia.

What makes this all so much worse is that we wouldn’t need to extract coal seam gas from the GAB if our offshore gas hadn’t been sold overseas for peanuts. Industry, AEMO*, and Federal and State governments are all to blame: Industry for not giving a shit about anything except shareholder profits, AEMO for allowing Industry to game the bloody system, and governments for putting short term gains ahead of long term planning.

When are we going to accept that Industry will NEVER self-regulate for the good of society as a whole?

It’s like leaving the door to the hen house wide open and expecting the fox to leave the chickens alone. Really?

Yet isn’t that exactly what all Western governments do? They allow multinational corporations to self-regulate and then go ‘tut tut’ when said corporations engage in shonky business practices.  And let’s not sugar coat reality: the Global Financial Crisis was caused by criminals on Wall Street. Closer to home we have the findings of the Banking Royal Commission. Apparently we have white collar criminals in the ANZ and Commonwealth Bank too. And then, of course, we have the thieves fronting social media and hiding behind the scenes in the ‘ad networks’. They just spy on us and steal our personal data for profit…

In a balanced ecology, you need foxes as well as chickens, but it is the role of government to protect the chickens from the foxes. Western governments are failing, in spectacular fashion. And in the process, democracy itself is under attack as never before. If we don’t stop the rot now, future generations will not be living in a democracy, they’ll be living in a corporate state, as peons**.

#MXene for batteries of the future?

‘While MXene won’t be commercially available or integrated into current technology for about three years, the material has the potential to disrupt current charging tech by rectifying inefficient, long charge times, device deterioration, and systems with relatively short battery lives.’

Now, imagine having vehicle charging ports on every block, like fire hydrants, and electric vehicles capable of recharging their batteries at these port in just a few minutes. In such a scenario, even currently produced electric cars would be convenient enough for general use. Add new car technologies that extend driving range, for example, and you have a world in which there is no reason to have internal combustion engines.

Now think bigger still. Once car batteries become truly efficient, why not extend the technology to the generation of power as well? Tesla already offers storage solutions for electricity generated from renewables. What if these storage batteries become so efficient [and common] that every house or apartment building can afford to generate and store its own power?

Thinking further still, what if all these small, local power plants could talk to each other and shift energy sideways to wherever it’s needed within an entire city?

I may be letting my imagination run away with me, but in such a future, I can see electricity prices coming down and clean air going up. 🙂