Right to Kill, by John Barlow

I just submitted a review of ‘Right to Kill’ on amazon.com. Simply put, I loved it. Read on for the full review:

I’ve been a fan of John Barlow since first reading ‘Hope Road’ quite a few years ago. So when I was asked to write a review of his latest story, I knew it would be good, I just never expected it to be /this/ good.

Like all three books in the Hope Road series, the characters in ‘Right to Kill’ all feel as if you’ve known them, or people like them, for ages. Some you would never include on your Christmas list, but others feel so real you want to hug them, laugh with them, cry with them.

The main character, Detective Sergeant Joe Romano feels utterly real too. He’s smart and principled, a /good/ man, but he’s also a little bit broken and a little bit lost. The pillars of his life have shifted and he’s treading water, going through the motions in the hope that he’ll rediscover some meaning to life.

When Craig Shaw is found burnt to a crisp in his Mum’s old Corolla, it’s Joe Romano’s colleagues in the Leeds police force who seem to be going through the motions. Why? Because Craig Shaw is a drug dealer and general low life, and the world is probably better off without him.

But does anyone really deserve to die?

As far as Joe Romano is concerned, the answer is no and he sets out to prove it.

How Joe proves it will keep you reading long past the point when you know you should turn out the light and go to sleep. I know it had that effect on me, and I can honestly say I did not see the ending coming. And yet, Barlow told this story so well that there was a huge sense of ‘oh, of course!’ once the identity of the killer is revealed.

That fulfilling sense of resolution is why I call this story the perfect thriller. We learn as Joe learns, clue by clue. We may not be as smart as Joe in putting the pieces of the jigsaw together, but once he does, we know it’s right. It could be no other way.

Telling enough but not telling too much is a tightrope without a safety net. Walking that tightrope is damn hard, but John Barlow makes it seem effortless.

This is a story I would recommend to anyone. I wish I could give it a 6 out of 5.

The link to ‘Right to Kill’ on amazon.com is below:

Have a great weekend everyone! 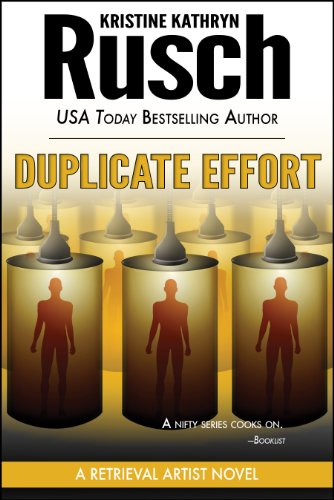 When a foodie needs some time out…

It’s been a stressful time in Australia lately, and I feel as if I’ve been either horrified, or scared or angry or all three since well before Christmas. To say I needed some time out would be a gross understatement, so the last couple of days I’ve retreated to books. Or should I say, one book in particular : The Quiche and the Dead.

I gave The Quiche and the Dead 5/5 stars on Amazon and left this review:

I read lighthearted mysteries when I’m feeling down and need a pick-me-up. Well, The Quiche and the Dead did more than just lift my mood, it left me in awe of the author’s imagination, writing skills, sense of humour and…cooking ability!

I mean, really! A murder mystery that actually makes some [subtle] social commentary? has realistic dialogue? has main characters who are instantly recognizable and come across as real people? has secondary characters who aren’t 2 dimensional plot devices? is well written and edited? and does all this whilst making you want to try one, or all, of the pies featured in the story? Oh, and has a tight plot and excellent pacing?

Frankly, I was going to give The Quiche and the Dead 5 stars even before I reached the final page, but then I finished the story and discovered that the author really did know how to cook and had provided recipes for all the pies in the story!

Apologies if that was a spoiler, but I’m a foodie and intend to try those recipes in my own kitchen. In fact, I intend to buy more of the Pie Town series in case there are more goodies at the end. And for the story, of course. 🙂

Would I recommend The Quiche and the Dead…you bet, with bells on!

Drat, just realised I forgot to mention the cat! Seriously, buy this book and read it!

I read somewhere recently that it takes about six or seven exposures to an author’s name for that name to register with readers. Well, I’m living proof that theory is correct!

John Barlow, the author of Hope Road, writes the odd post for Indies Unlimited, and I must have enjoyed those posts, because when I stumbled across his name in the Amazon ‘readers who bought X also bought Y‘ list, a little light bulb went off in my head.

Needless to say I bought Hope Road, and read it. What the theory did not predict, however, was that I would fall head over heels in love with the main character, John Ray!

Hope Road is a quasi police procedural, but told through the eyes of John Ray, a character who is definitely not a policeman. Hope Road is also a bit of a thriller,  a bit of a mystery, and a lovely character study of John Ray. In short, it is exactly the kind of book I love. And I did love it. 😀

The story is set in a seedy part of Leeds, [England] where John Ray, the prodigal son, has returned to take over the second-hand car business belonging to his family. But selling second-hand cars was only ever a front for the real family business, which was crime.

John’s father was a local crime-lord until his retirement due to ill-health, and John’s brother was murdered in an apparent gangland ‘hit’. But John has always been clean. He is the one who left, the one who went to university and became a solid citizen. So why has he returned? And why is he now selling used cars from the old showroom that used to be headquarters for his father’s criminal operations?

The natural suspicion surrounding John’s return is only exacerbated by the discovery of a dead girl in one of his cars, along with 50,000 pounds in counterfeit bills.

The police know the murderer could not have been John because he has a water-tight alibi – he was in bed with Detective Constable [DC] Denise Danson at the time. However the car was being driven by John’s protégé, and employee, Freddy, and the family business used to be in counterfeiting, so John is definitely a person-of-interest. But is he actually guilty of anything?

I was intrigued, to say the least, because right from the beginning, John Ray exudes the kind of charisma that is usually reserved for sexy villains, yet he also seems to be a genuinely caring person who puts himself at risk trying to prove that Freddy was not the murderer.

So how did Barlow create this charismatic character?

John Ray is not stereotypically handsome. He is described as a big man in his forties with a shock of black hair, and a physical ‘presence’, but he is not a James Bond, although it seems he is good in bed. Nor is he one of those angst-ridden types who introspects ad nauseum.

So what is it about John Ray that makes him so appealing?

I suspect the answer to that question lies in the character’s potential to be bad. In a sense, this potential is the mirror image of what makes a villain sexy – the potential to be good. A villain who is all bad generally comes across as boring. Most heroes suffer from the same 2D malaise. Sexy villains and heroes, however, have the potential to be both good and bad, or at least to swing between the two, so we are left wondering how they will end up.  That is my theory at any rate.

All theorizing aside, however, the one thing I am quite certain about is that I will be reading more about John Ray, and I hope you do too. Very highly recommended.