It’s officially 43 C in Melbourne, and my air conditioner died yesterday, yet the inside of the house is a relatively comfortable 26 C :

My office is a fair bit warmer because it’s a small room, and the desktop computer puts out quite a lot of heat [AMD processor], but it’s still bearable.

I wrote about my fire resistant shutters back in this post. They’ve never been tested in a bushfire situation, but by god they keep ordinary heat out!

The following pics were all taken from inside the house to show the shutters at work:

Almost every door, verandah and window in my house has been fitted with these fire resistant shutters. They weren’t cheap, but every winter since then, they’ve kept the warmth in, saving me money in heating costs. And in summer they keep the heat out, with or without the air conditioner. 🙂

Much as I love my shutters, however, I have to say that on their own they would not have been enough. Part of the reason they work as well as they do is that I insisted on having an insulating foam applied behind the door and window frames. The foam fills up all the gaps in construction conveniently hidden by the frames. A small thing, perhaps, but the foam has stopped those elusive draughts from leaching the heat from the house.

Apart from the shutters and the foam, two more things helped keep us from melting today. The first was the weather overnight. The temperature dropped to 14 C which allowed the cross ventilation in the house to cool everything down before the heat climbed again. If it had been hot overnight, we would have been in trouble.

The second thing is that orange towel shown in the last picture. And no, it’s not my washing. :p

That humble towel is wet, and it’s hanging in front of an oscillating fan. As the water in the towel evaporates, it cools the air. The fan then circulates that cooler air around the small family room and into the kitchen.

My jerry-rigged evaporative cooling is probably good enough for some light cooking but…bugger it, we’re having take away! Ahem. I deserve it.

Agapanthus – a much maligned plant

I was burning off a huge pile of garden waste this morning when I discovered something interesting about the lowly agapanthus plant. That’s it there, on the left.

Originally from South Africa, the agapanthus grows wild here in Warrandyte, and is considered a noxious weed by Nillumbik Council.

I have always had a less purist attitude to non-natives than the local Council, but even so, I have never found the agapanthus to be a particularly attractive plant. I have it in my garden, but I have never felt kindly towards it, until now.

“Why this sudden change of heart,” you ask.

“It’s because the bloody plant doesn’t want to burn,” say I. [And we all know how paranoid I am about bushfires, don’t we?]

First up we have a picture of a pile of hot ash. It was taken at 9.26 am, and is the result of almost 3 hours of burning off, so it is still very, very hot. 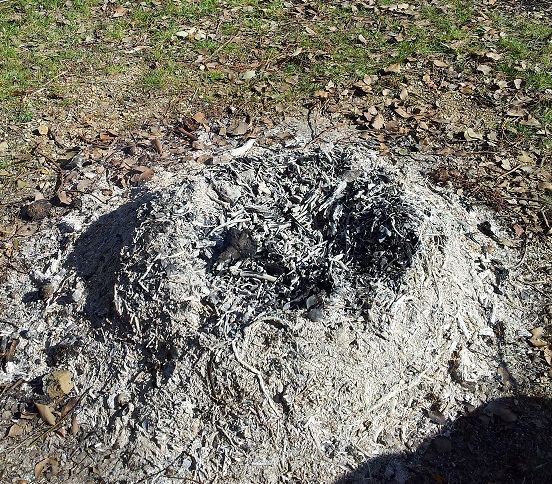 Next we have a picture of some gum leaves and small branches bursting into flames on top of the pile of hot ash. Time – 9.29 am.

I did not strike a match, or a lighter or anything else to get the gum leaves to burn again. The residual heat of the ash was all it took. I’d also like to point out that we had a lot of rain 2 days ago.

Picture no.3 is of a small agapanthus I pulled up by the roots and threw on the barely smoldering fire. Time – 9.30 am.

Basically I was trying to see how long the agapanthus would take to burn. I literally used the stop watch function on my mobile phone for the job. After 3 minutes and 25 secs, something flared and a small section of the agapanthus burned for approximately 3 seconds. Then the flames went out. Time – 9.35 am.

There was another flareup approximately 4 minutes later, but by the time I’d stopped the stopwatch function, changed to camera function and returned to the fire, this second flareup had gone out as well. The timestamp on the camera says 9.39 am. 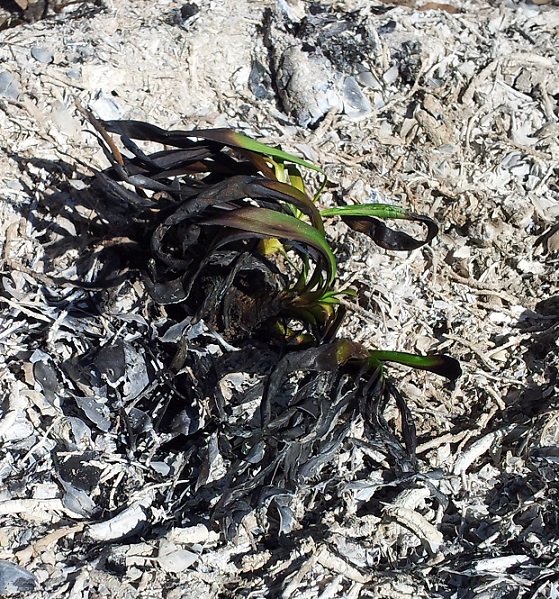 As you can see, the poor agapanthus is getting scorched, but a) it’s taking a long time and b) only the dried out extremities of the plant burn. As soon as the dried out sections burn off, the flames reach a wet, green section and immediately go out.

The next photo shows a small scrap of paper getting nicely scorched next to the remains of the agapanthus. The purpose of the paper was to test the heat of the ash pile – i.e. to test if the agapanthus was not burning because the ash pile had cooled down too much. As the photo shows, the pile was still quite hot. Time – 9.44 am. 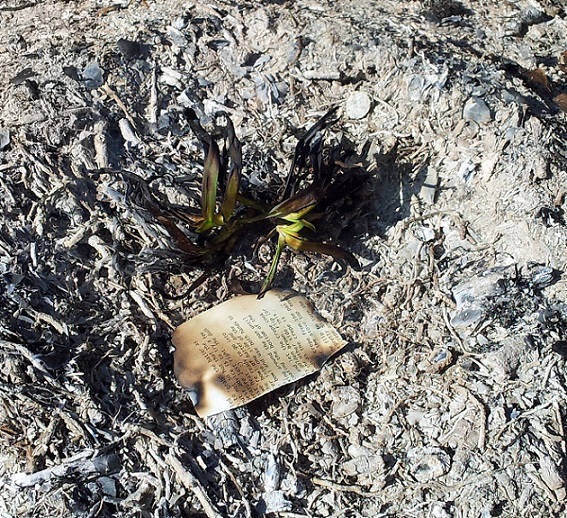 40 minutes after beginning the experiment, I pulled the agapanthus from the ash pile and let it cool down so I could get a better look at it – and take a better photo. You have no idea how hot I got while taking photos close to the ash pile!

The final photo shows that despite being reduced to a blackened stump, the agapanthus still retains some green at the base of its stems [?]. Time – 10.10 am. 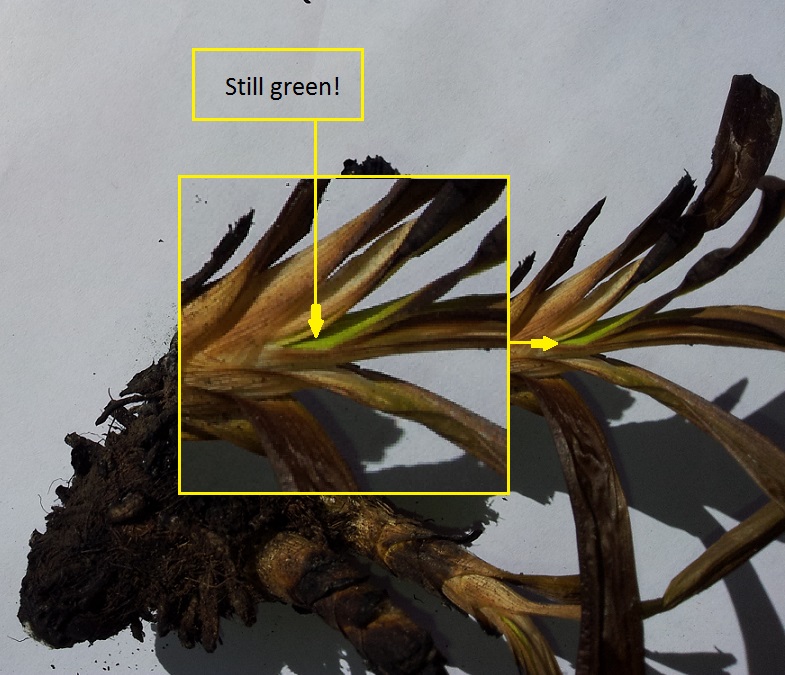 Now I’m not saying the agapanthus won’t burn at all – clearly it will – but I do want to make the point that this plant is remarkably resistant to fire. In massed plantings it may even slow the rate at which a bushfire advances on your house, or mine. As such, I think it’s time we stopped thinking of this plant as the ‘enemy’, and embrace it as an appropriate plant for bushfire prone areas.

Have a great weekend,