Although I was happy with the iVokh having ostrich ‘legs’, I wanted them to have more powerful looking feet. Today, I found those feet attached to the body of giant eagles capable of carrying fully grown mountain goats. If you don’t believe me, have a look at these pics: 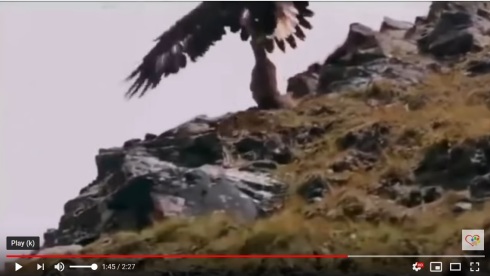 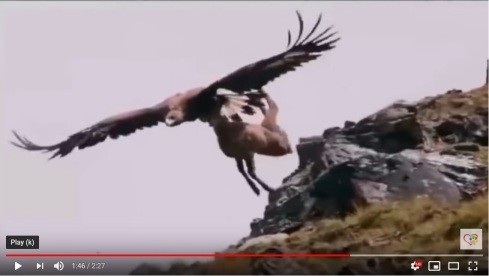 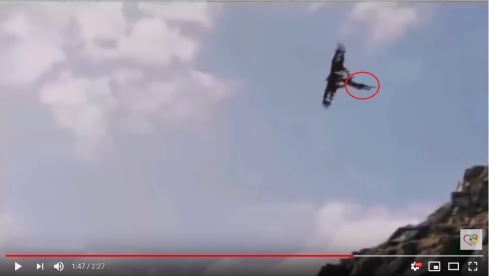 I took those screenshots from the Youtube video below:

The narrative of the video was that a snow leopard was hunting the goat. The leopard missed, and the eagle flew in to capture the goat instead.

My interest centred around the ability of the eagle to capture, hold and fly away with a creature much bigger than itself [not counting wingspan]. Something similar played out in Vokhtah when the Six [the Vokh ruler of the eyrie], lifts and kills a huge to’pakh.

At the time I wrote that scene, I was working from imagination only. But to make the iVokh and Vokh truly come alive, I had to prove to myself that such a feat was actually possible. Today I did just that. It is possible, and my respect for eagles has soared [excuse the pun].

Now I’m off to add some eagle feet to my concept drawing.

I am the kind of person who always has to know why things are the way they are so my interests range from genetics and biology to politics and what makes people tick. For fun I play online mmorpgs, read, listen to a music, dance when I get the chance and landscape my rather large block. Work is writing. When a story I am working on is going well I'm on cloud nine. On bad days I go out and dig big holes... END_OF_DOCUMENT_TOKEN_TO_BE_REPLACED
This entry was posted on Saturday, July 13th, 2019 at 2:02 pm and tagged with Alien, anatomy, concept-drawing, eagles, feet, goats, Research, strength, Vokhtah and posted in Vokhtah. You can follow any responses to this entry through the RSS 2.0 feed.
« Lots of hands but no feet
Did you know that…? »

6 responses to “Eagles…and their feet”