Darwin, Bonaparte & the Samaritan (starting the year on a good note!)

I particularly like the graph showing the breakdown of what actually killed people from 2008 to 2012. When you see truly horrific figures like those, it really does put the bogeyman of terrorism in perspective. It also makes me wonder what motivates those who want to blame all Muslims for the acts of a very, very, vanishingly small few.

Are they truly that scared of Islam? Or is the terror card simply a convenient peg on which to hang their fear of the Other? Cory Bernardi, I’m looking at you.

That’s the title of Michel Serre’snew book. Unfortunately I think it’s not yet available in English (but it is in French & Spanish.)

He’s one of the great minds of our times. In this book he explores, focusing on three different periods, where we’ve come from, who we are and where we’re going. He also takes the opportunity to discuss perception using some interesting numbers. Despite what politicians say (and 24 hour news), we’re living in a time of unprecedented peace and safety. 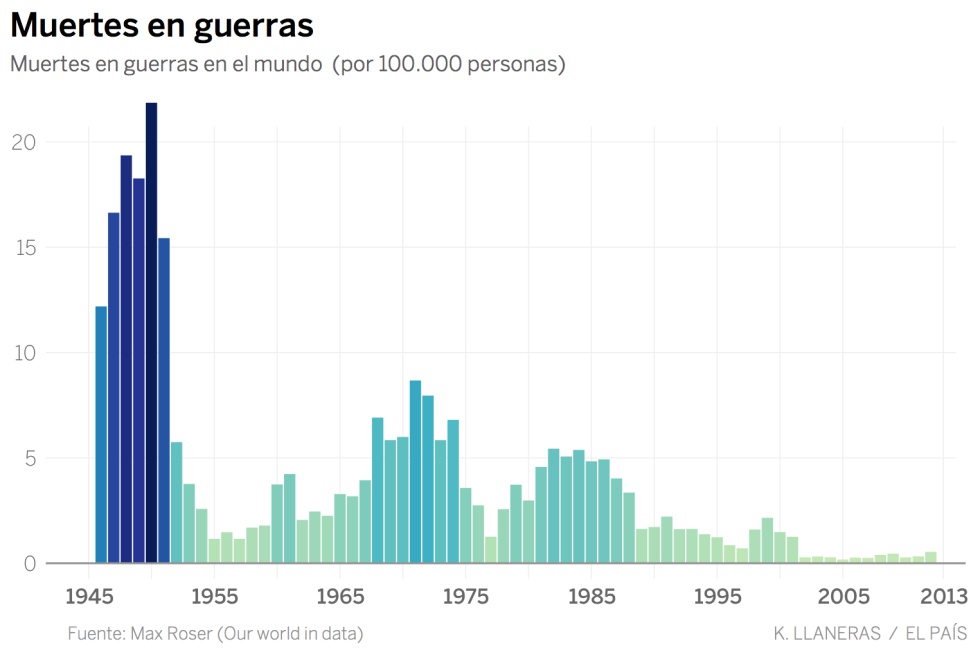 And even more interesting is his view on terrorism. Here’s the global death toll of different causes of death (Richard King via Oxfam) So if we take France as an example, which has been Europe’s number one target for terrorism in the past two years- and take the number of dead (247), and consider the population (66 million), that…

I am the kind of person who always has to know why things are the way they are so my interests range from genetics and biology to politics and what makes people tick. For fun I play online mmorpgs, read, listen to a music, dance when I get the chance and landscape my rather large block. Work is writing. When a story I am working on is going well I'm on cloud nine. On bad days I go out and dig big holes... END_OF_DOCUMENT_TOKEN_TO_BE_REPLACED
This entry was posted on Tuesday, January 3rd, 2017 at 12:03 pm and posted in Uncategorized. You can follow any responses to this entry through the RSS 2.0 feed.
« A Perfect 10 with A.C. Flory
Um…remember that greenhouse? »

7 responses to “Darwin, Bonaparte & the Samaritan (starting the year on a good note!)”